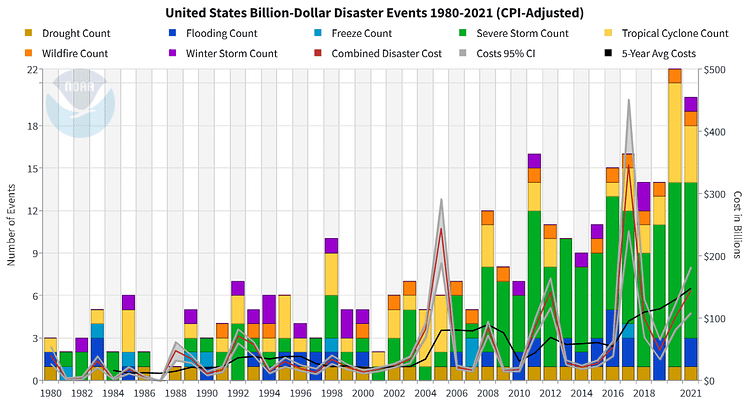 The impact of climate change on property insurance is incredibly costly. Natural disasters are affecting greater population sizes across the world, and insurance companies are feeling the financial impact. In fact, a recent study showed that only 8% of insurers are preparing adequately for the impact of natural disasters. This leaves 92% of insurers at risk of not being able to cover claims and payouts. 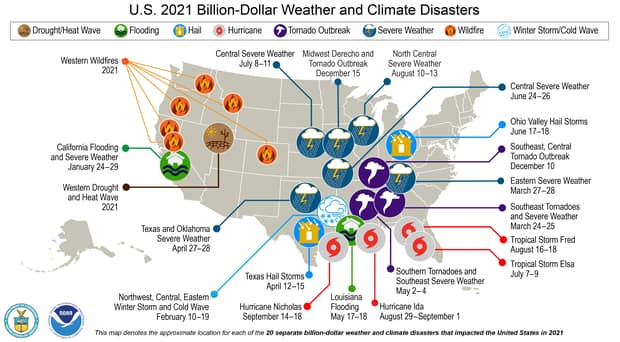 In the last two decades, natural catastrophes have killed more than 1.3 million people and caused $2.5 trillion in economic losses, Swiss Re said. The impact of climate change is only making matters worse, with extreme weather events becoming more frequent and more severe. As a result, insurers are facing increasing pressure to raise premiums and limit coverage in order to stay afloat.

With climate change causing more extreme weather conditions, it’s more important than ever for insurance companies to adapt their business model to attack this growing challenge head-on. Here’s a look at how natural disasters are impacting the insurance industry and what companies can do to prepare.

What is the Financial Impact of Climate Change on Property Insurance

Natural disasters are wreaking havoc on the insurance industry in a number of ways. First, there is an increase in the frequency and severity of events. In 2020 and 2021 respectively, there were 22 and 20 natural catastrophes that each caused over $1 billion in damages, nearly double the 10-year annual average of 12 events.

Not only are natural disasters becoming more frequent, but they’re also affecting greater population sizes. A study by Swiss Re found that 43% of global economic losses from natural catastrophes between 1980 and 2017 were due to increased exposure (population growth and urbanization) rather than increased frequency or severity of events.

This increased frequency and severity are having a major financial impact on property insurance companies. The industry paid out $145 billion in 2021, which was 3rd all-time and up from $101 billion in 2016.

Clearly, natural disasters are having a major financial impact on insurance companies. But it’s not just the payouts that are costly—it’s also the claims processing. A study by Accenture found that 62% of insurers said they need to improve their claims process after a major event. The most common issues cited were a lack of digital capabilities (38%), manual processes (30%), and lack of customer insight (29%).

While climate change is most commonly blamed for these natural disasters, one additional factor that is causing trouble for carriers is population growth. Population growth is causing more people to live in vulnerable areas, such as coastal regions that are susceptible to hurricanes or storm surges.

So, yes, while climate change is causing weather patterns to become more extreme, areas that are susceptible to fires, flood, and storms are often popular spots for people to live. This means that we can expect to see more frequent and more severe claims in years to come.

What Can Insurers Do to Prepare?

Given the increasing frequency and severity of natural disasters, it’s more important than ever for insurers to prepare for their impact. Here are a few steps companies can take:

The impact of climate change on property insurance is becoming more and more obvious to the every day consumer. Not only do we see natural disasters constantly in the news, but we’re feeling it in our wallets.

In an attempt to make up claims losses, carriers upped homeowner premiums by 12.1% last year alone. With climate change causing more extreme weather conditions, it’s more important than ever for insurance companies to adapt their business model to attack this growing challenge head-on. By taking steps such as improving data collection, developing new products, and increasing investment in technology, insurers can be better prepared for the impact of natural disasters.