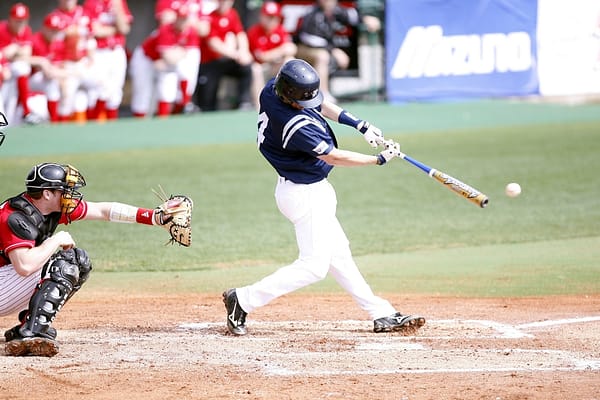 How did Moneyball impact insurance analytics?

The digital transformation has unlocked an unimaginable amount of data and with that – population “averages” that have been used to price policies for years are quickly becoming obsolete.

Let’s use a baseball analogy, if you were making a trade but the only information you had from the other team was that the entire roster batted .260, how would you even begin determining the value of an individual player?

You couldn’t. It would be nearly impossible without more data.

Yet that is how most major insurance carriers are pricing today with statistics like “loss ratio” applied broadly across population averages.

Now if you were able to split up the 9-man roster into three groups, and then split them again, you would be left with a precise average of that particular player.

That is what we’re starting to see with insurance…

Certain populations, or lineups, that were initially viewed with the same average are starting to be viewed under advanced data microscopes like Behavioral Intelligence. When these populations are analyzed using granular behavioral data collected as applicants engage with online applications available, what’s revealed are highly defined subgroups that can have up to a 3x difference in their losses. 🤯 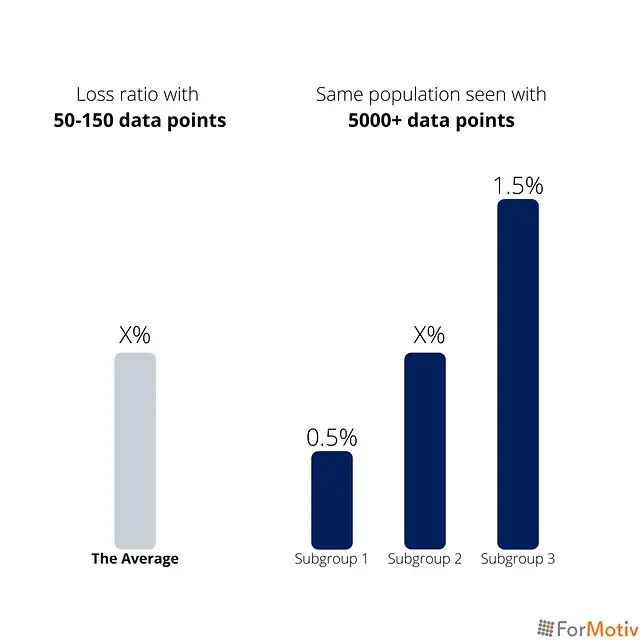 ForMotiv analyzes the way digital users engage with online forms and applications and runs real-time machine learning to predict the intent of each individual user. Being able to “see” people digitally and read their “digital body language” allows us to see a much clearer picture of the individual and create a digital experience tailored to the end-user.

Though this type of data science is new, it’s extremely promising. Predicting things like application abandonment, intent-to-purchase, risky or fraudulent applicants, or figuring out who is most likely to file an early claim are already possible, and we’re still in the early innings of this game.

As the data flywheel continues to turn, the traditional way of underwriting will evolve even quicker.

Schedule time with us to learn more!